Once on the other side, I can only equate it to insanity. All 100 cars sped off through the first tunnel in a symphony of exhaust notes. It was so loud and intoxicating that everyone got a little too excited I think. It felt like a video game and must’ve looked like a movie as we all worked our way through the thin Sunday morning traffic like clockwork and without incident on our way to I-5 North. 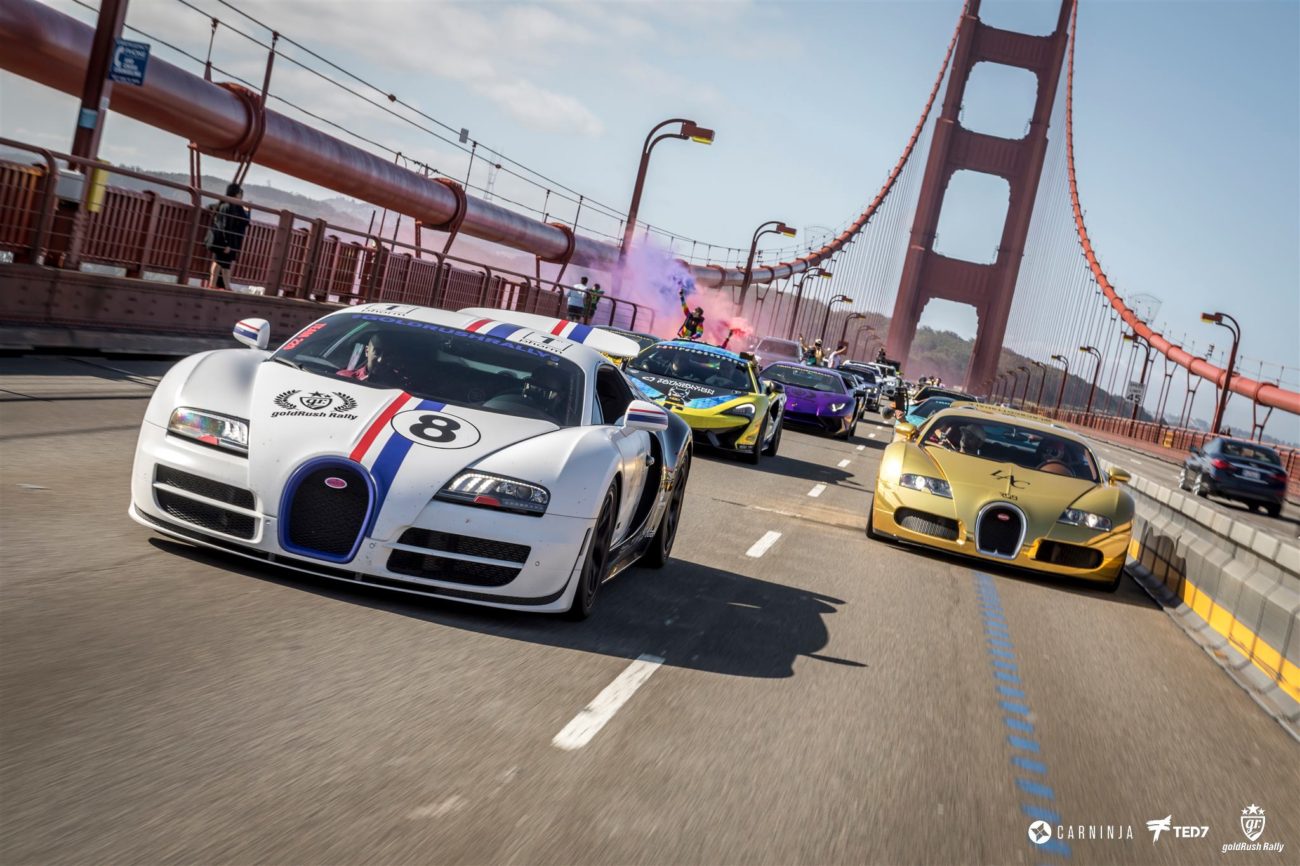 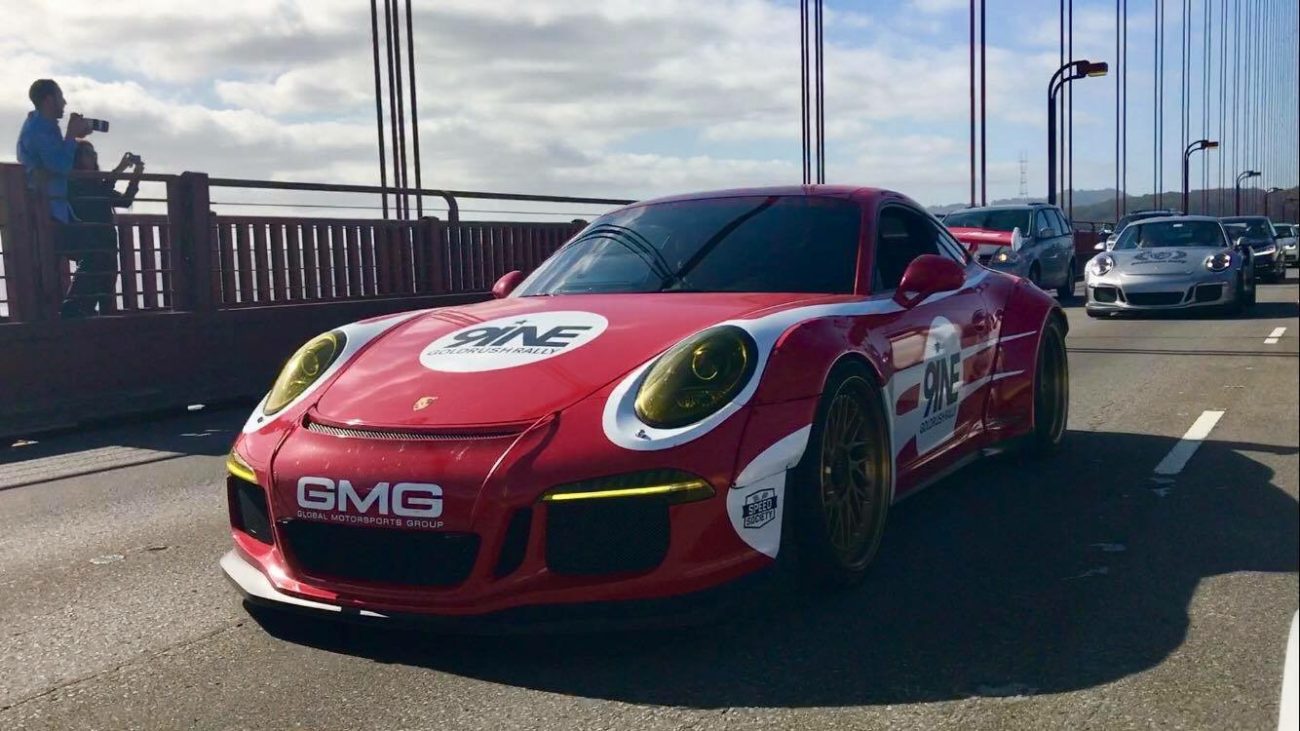 We ruffled a lot of feathers and it wasn’t long until I heard reports over the Police scanner that the CHP was on to us and making their way to intercept whoever they could. We were ahead of most of the pack in the GT3 and made quick work of the road ahead.

Just as we were getting reports of some groups getting rounded up by the CHP, my Zaon PCAS alerted us of a plane overhead approximately 5000′ away and quickly went silent. Shortly after, we heard over the 2-way radios the Police told some GoldRushers they had tracked us down using a CHP airplane. It appeared we narrowly escaped the first round of the Police attempts to contain the madness. That was close!

Our Luck Runs Out

With a watchful eye, we continued on down I-5 knowing darn well what was waiting ahead. With Shaun behind the wheel, I carefully monitored all of my equipment and used the binoculars to minimize the threats. Further down the road, I spotted a CHP SUV in the center median plain as day. We slowed down well ahead of time and cruised by with our small group behind us. 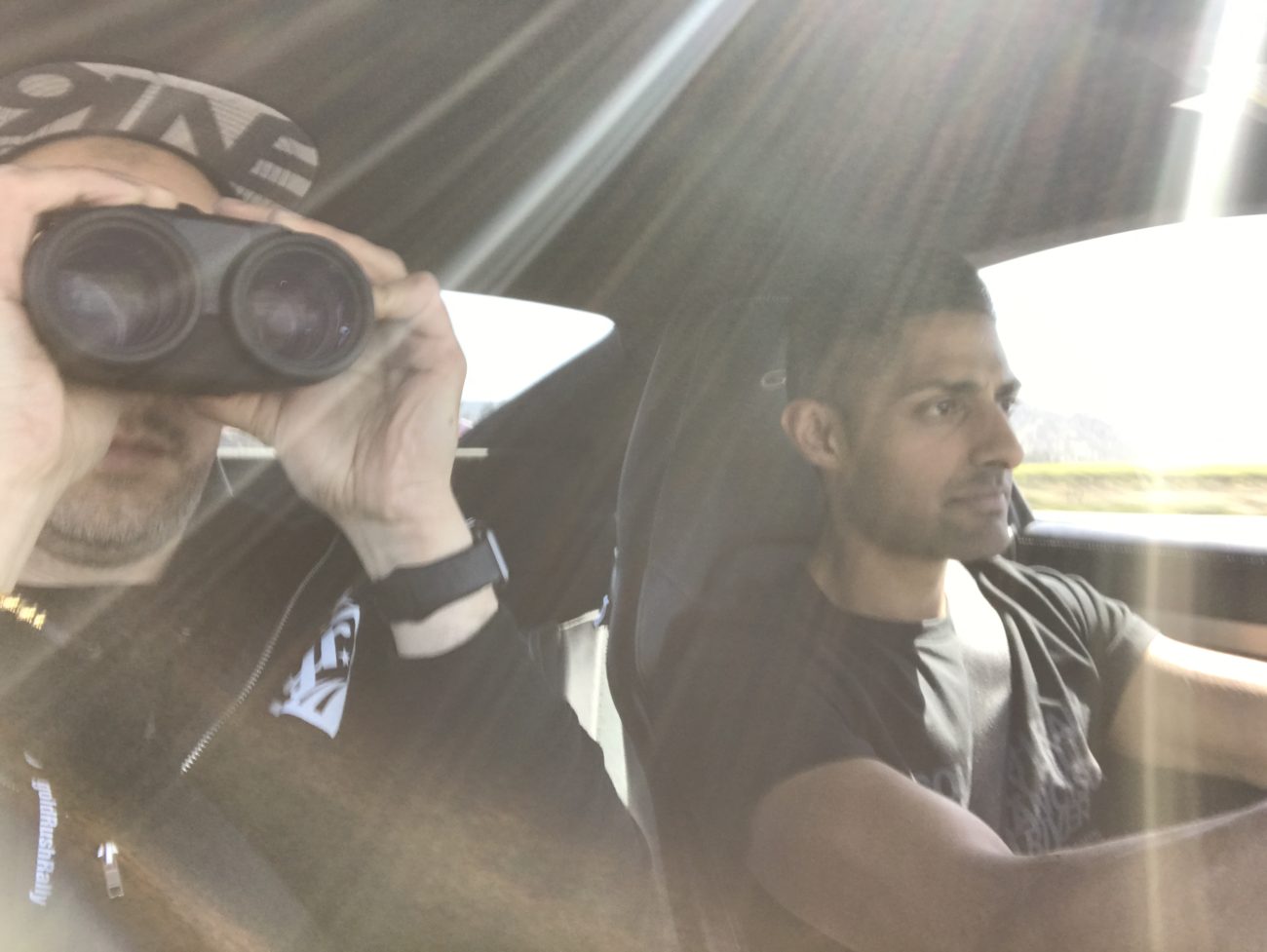 Carefully navigating up I-5 in California

Once we passed, we picked up the pace and weaved our way through the mountains. We had gotten a little over ambitious and the pack was a ways behind us. A few miles up the road we got blasted by a KA Radar signal out of nowhere. Shaun quickly got on the brakes and was able to knock a couple mph off our speed.

As this all unfolded, I looked at the Passport Max 360 and the signal was coming from behind but I couldn’t see anything. Seconds later we saw the flashing blue and red lights coming up behind. We had been ambushed.

As we pulled over we anxiously wondered what speed they had gotten us at. I knew we were under 100mph but wasn’t sure by how much. The CHP Trooper came to the right door and explained that they had every member of the CHP out looking for us and that he was hiding behind the trees of an on ramp. He also said because of our gap in front of the other cars, he was able to single us out. He went on to explain quite confidently about using instant-on radar to clock us at 90mph in the 65 zone. He made it sound like instant-on radar was something we didn’t know about and was quite cocky about it. Guessing on the amount of calls the CHP must’ve gotten, I guess I couldn’t blame him for being proud of his accomplishment. 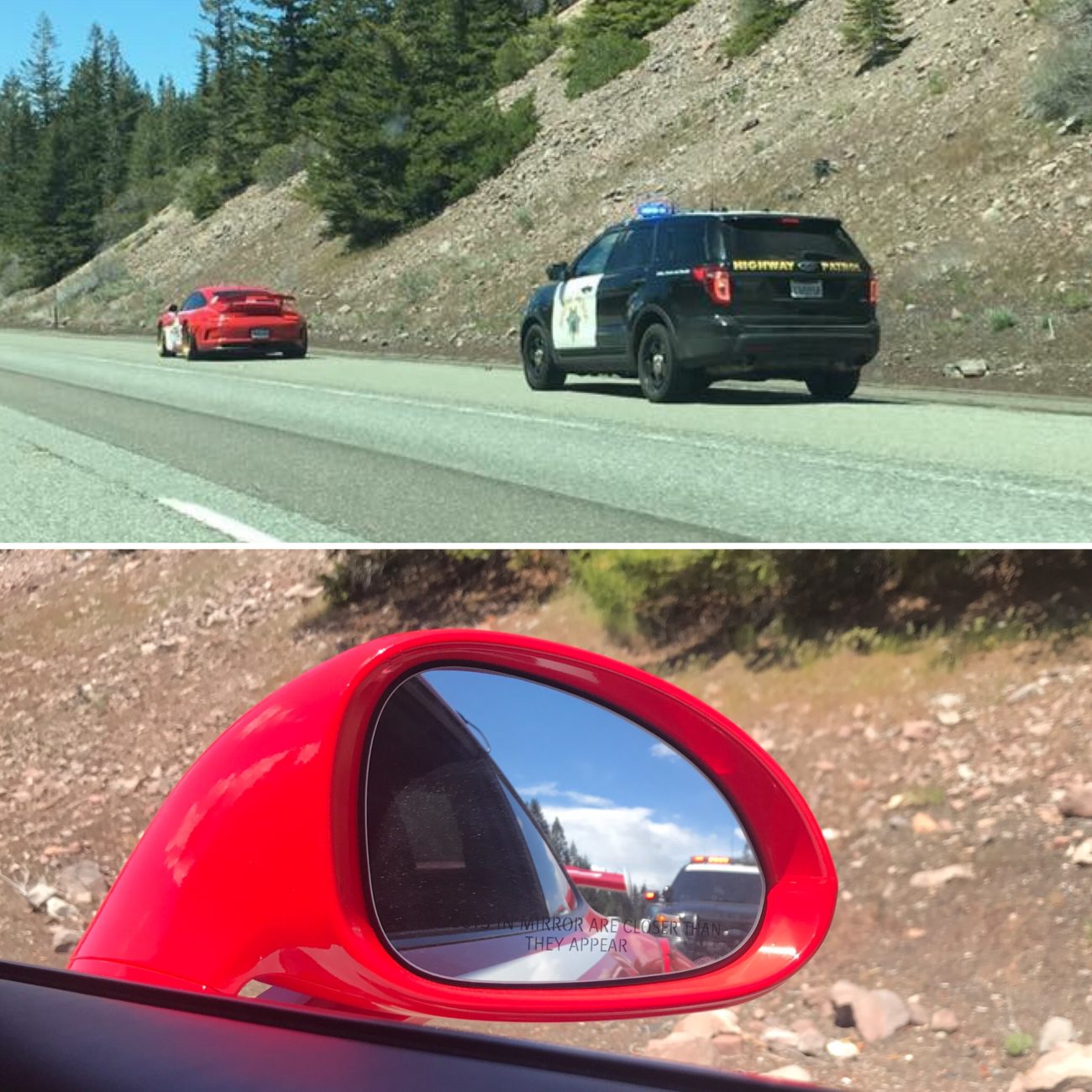 Ambushed by the California Highway Patrol

After a few minutes time he came back to the window and gave Shaun his ticket. It could’ve been a lot worse had they caught us  15 minutes earlier.

After our first ticket of the rally, we exited the highway in search of gas and met up with many others in a small town where we took over their local gas stations which is a common sight on GoldRush. From there, we all continued on some 2 lane roads and made our way out of Northern California amidst some amazing scenery. As we entered Oregon it began to rain which slowed down the pace. A little late, we got to the Sunriver Resort in Oregon, our stop for the night.