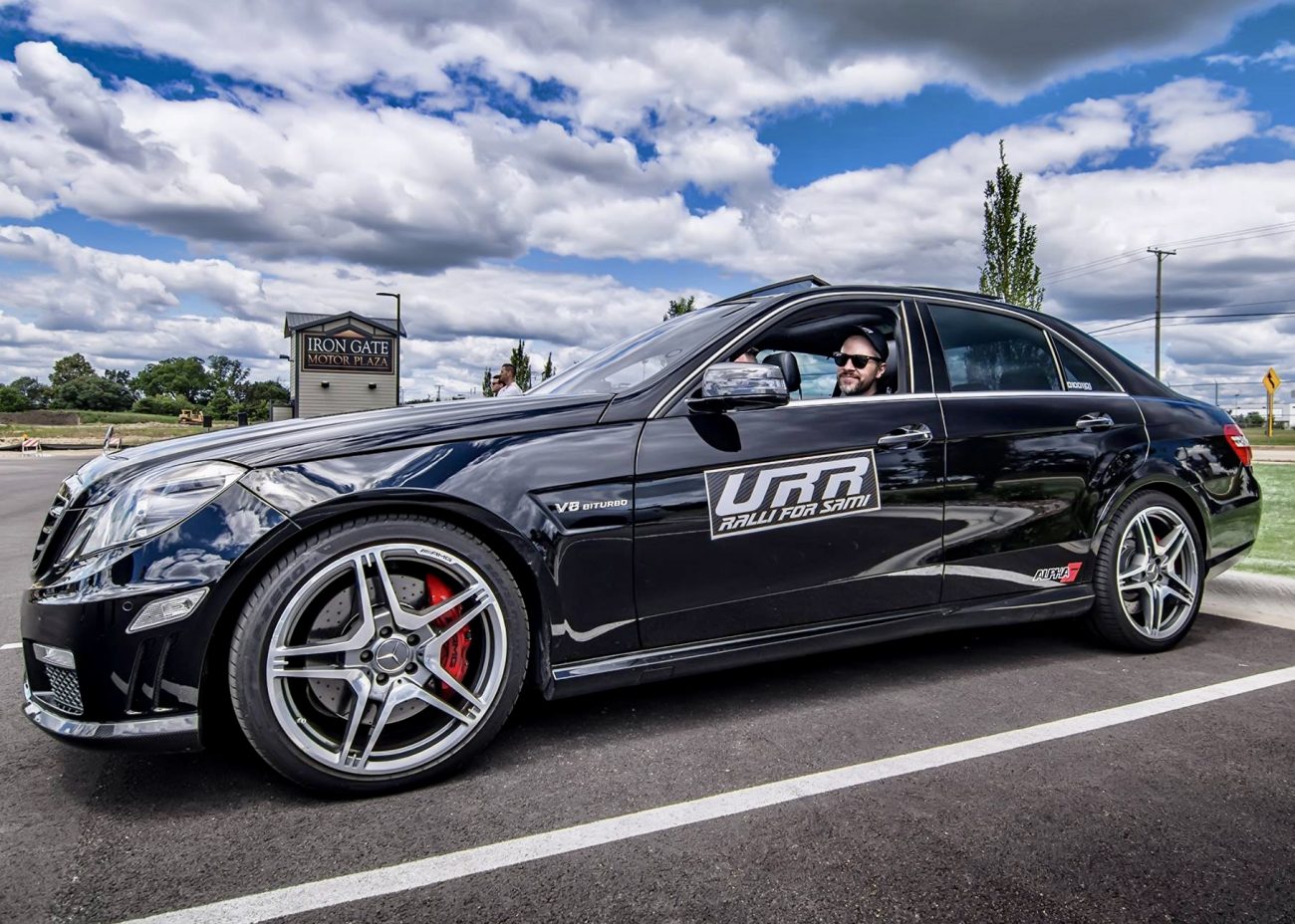 URR Ralli For Sami Raises Over $50k For Charity

The Ultimate Road Rally (URR) is a local group of car enthusiasts who get together during the short Chicago car season to enjoy their vehicles and the comradery of like-minded individuals. Each year there are 2 main rallies, one held in the Summer and one in the Fall. The organization also has a drag racing outing, a road course rental and a few other informal car cruises held throughout the year.

The Ralli For Sami is the Summer rally held to celebrate the life of Sami Salaymeh who lost his life to a senseless act of violence in 2016. Ultimate Road Rally founder Omar Salaymeh created the Ralli for Sami to honor his brothers name and support the Cal’s Angels pediatric cancer charity. Each year the URR sponsors and participants raise money for this local charity prior to the event. I was on hand in my ALPHA 7 Mercedes-Benz E63 AMG, with my co-driver Ben Clarke, to help run the event and enjoy festivites.

The 2017 Ralli for Sami started at Iron Gate Motor Condos during their yearly International Car Show. Staged at the Chicago Motor Cars Naperville location, the event was VIP to the max and started with lunch in the new exotic car showroom. In the showroom was $5 million worth of exotic super and hypercars. A Lamborghini Gallardo Performante Spyder, Ferrari 458 Speciale, Porsche Carrera GT, Porsche 918 and my favorite, the Ferrari F40! 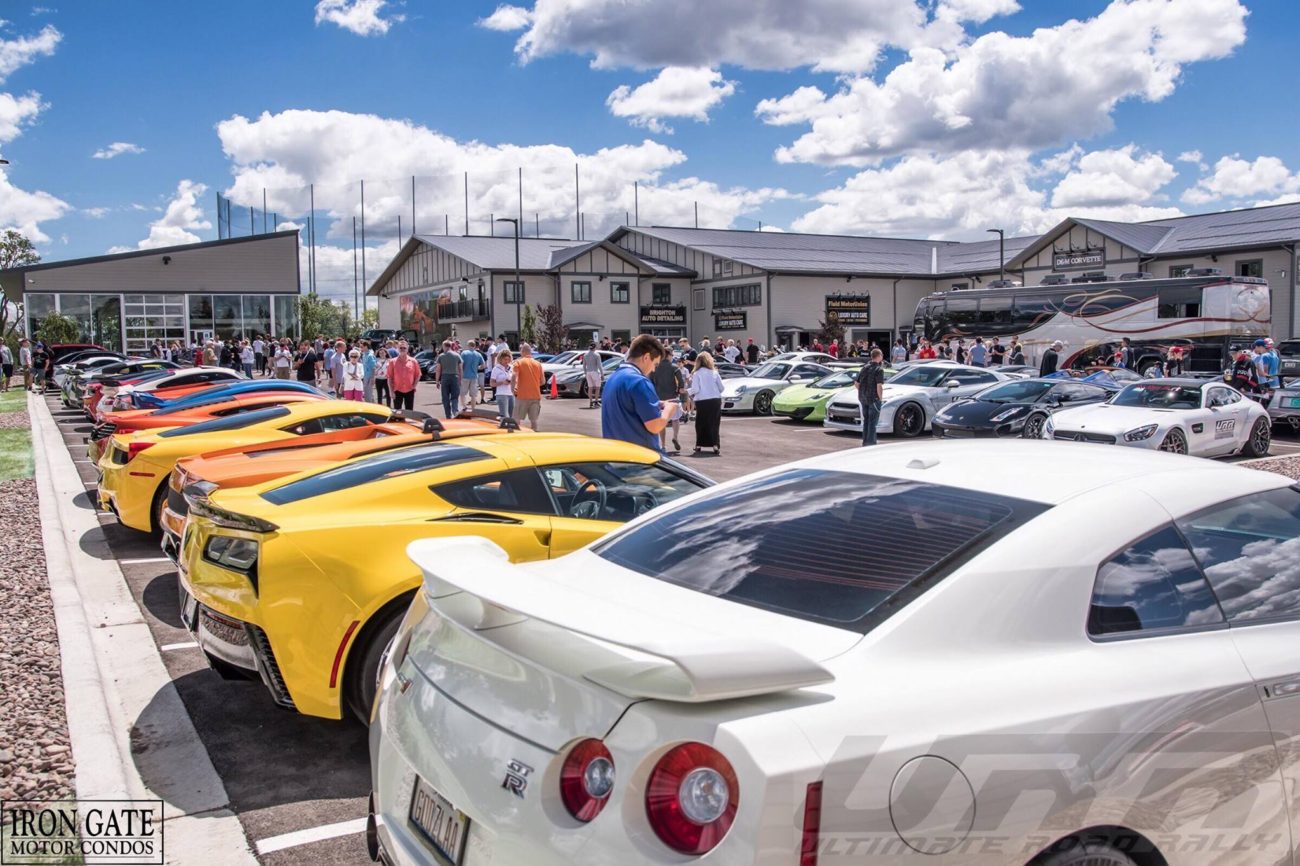 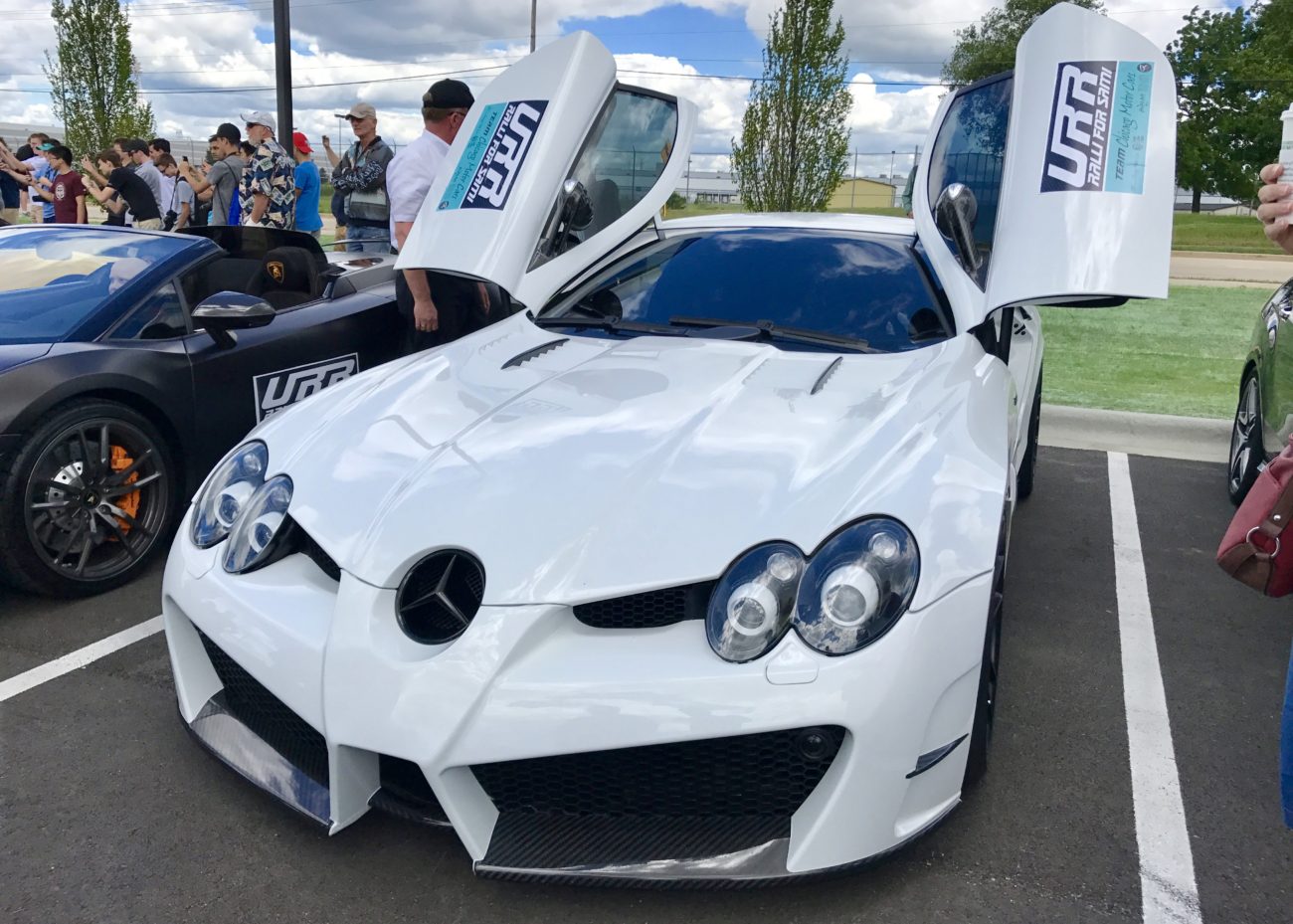 The URR Ralli for Sami summer event revolves around the Cal’s Angels charity. Cal’s is a charity that grants wishes, raises awareness and funds research to help kids fighting cancer. “We got involved with Cal’s Angels in 2015 when Tom Burgess from Iron Gate Motor Condos asked if we had a few URR drivers who would give rides to kids battling cancer during his annual International Car Show. That day their was only 7 drivers total. Even though it was small event, it was an awesome time!” stated Omar. Since that time, bonds were made with the children and their families and URR has always focused it’s attention on helping Cal’s ever since. 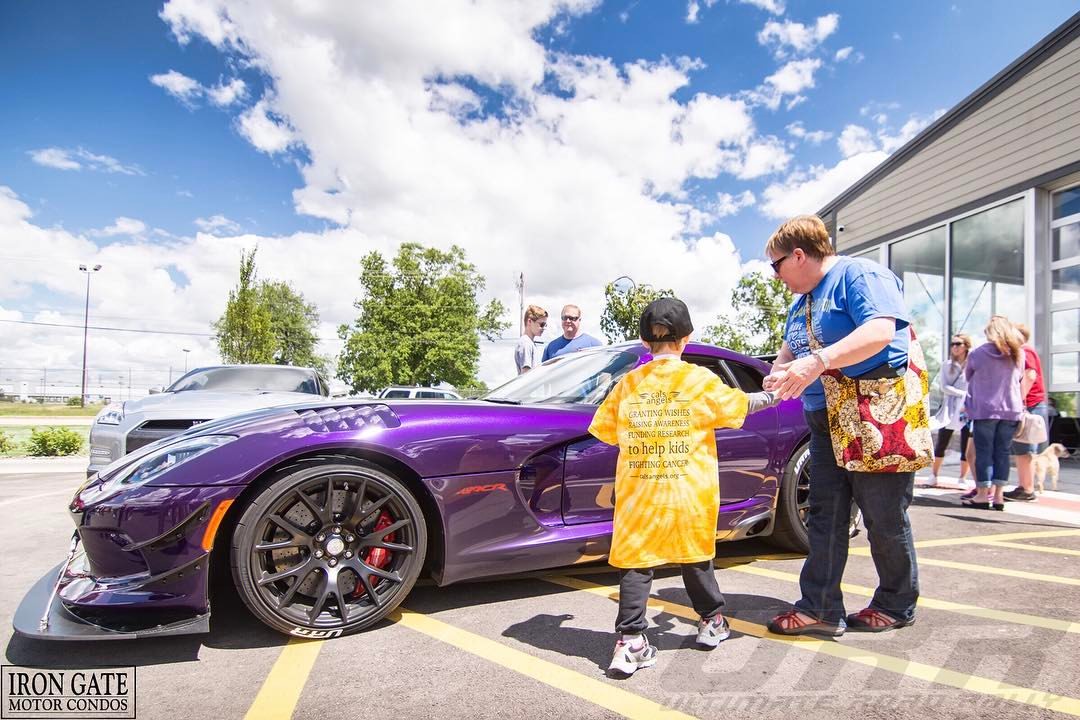 After the URR participants and Cal’s Angels families had lunch, each child was invited to ride in the vehicle of their choice. The Illinois State Police was on hand to give a Police escort to the URR drivers and Cal’s kids for an experience like no other! 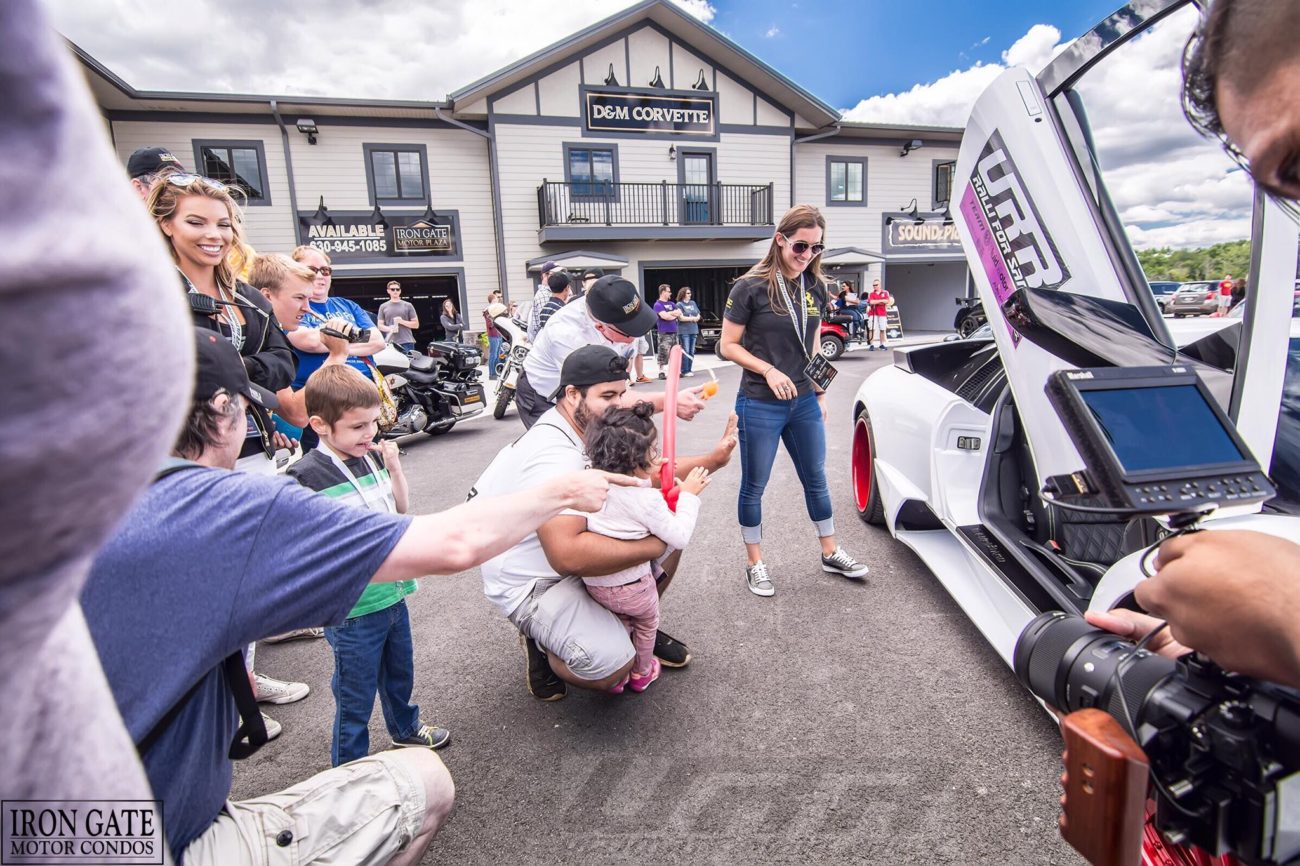 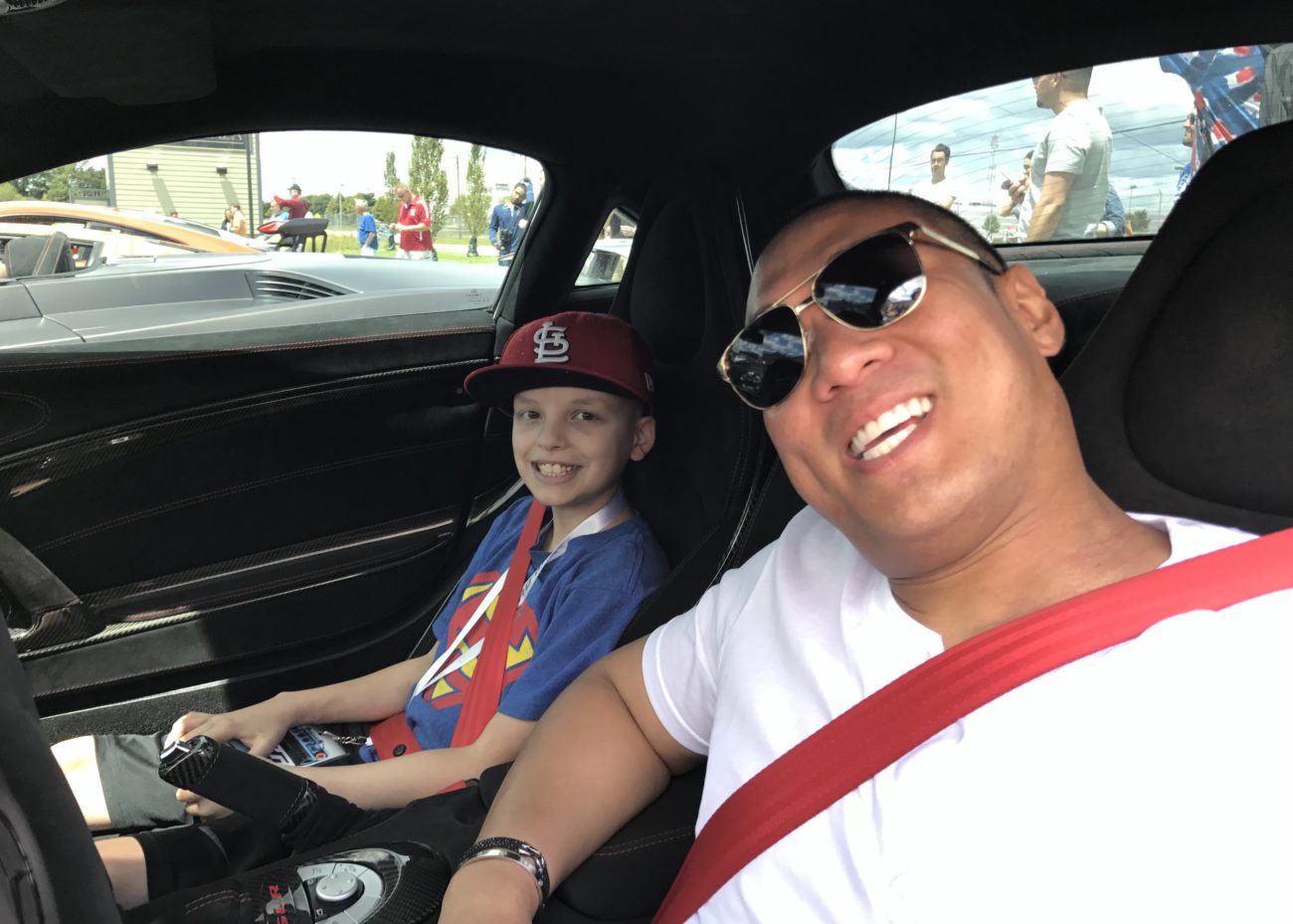 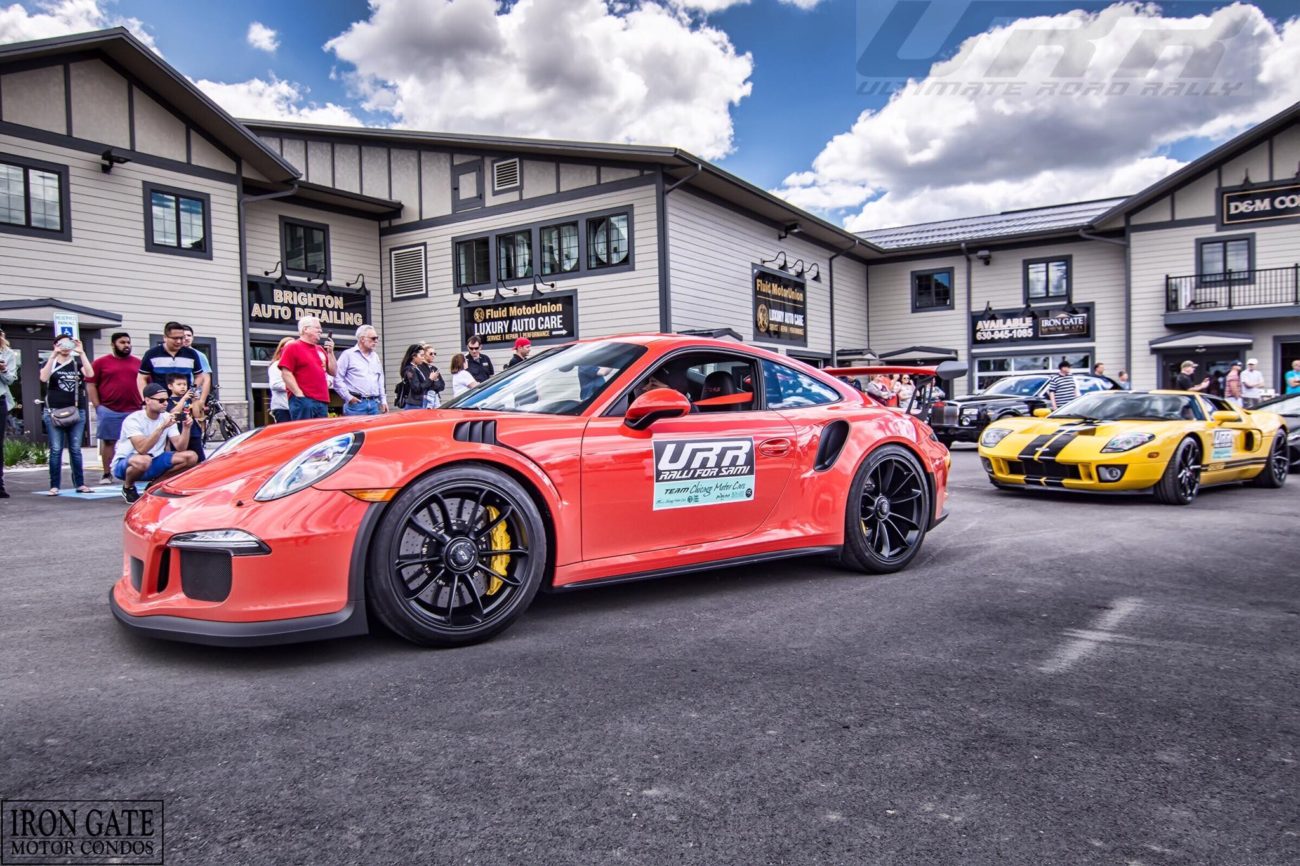 After their ride, the kids and URR drivers returned to the Iron Gate campus. Omar tallied the donations made by the teams and handed the Cal’s Angels staff a check for over $50,000! The Cal’s kids said good-bye, the URR co-drivers loaded up and the teams embarked on the adventure that is the Ultimate Road Rally.

The second mission was a shooting challenge. The teams enjoyed a spirited drive down to Buffalo Shooting Park in Ottawa IL. Once they arrived, URR team leaders picked out their best shooters who were escorted out onto the shooting range for a variety of tactical challenges, the last being a special one where anyone who hit the most difficult target got a surprise. An explosion of tannerite signaling bonus points for their team! Trident Defense was also on-site showing off some amazing weapons! 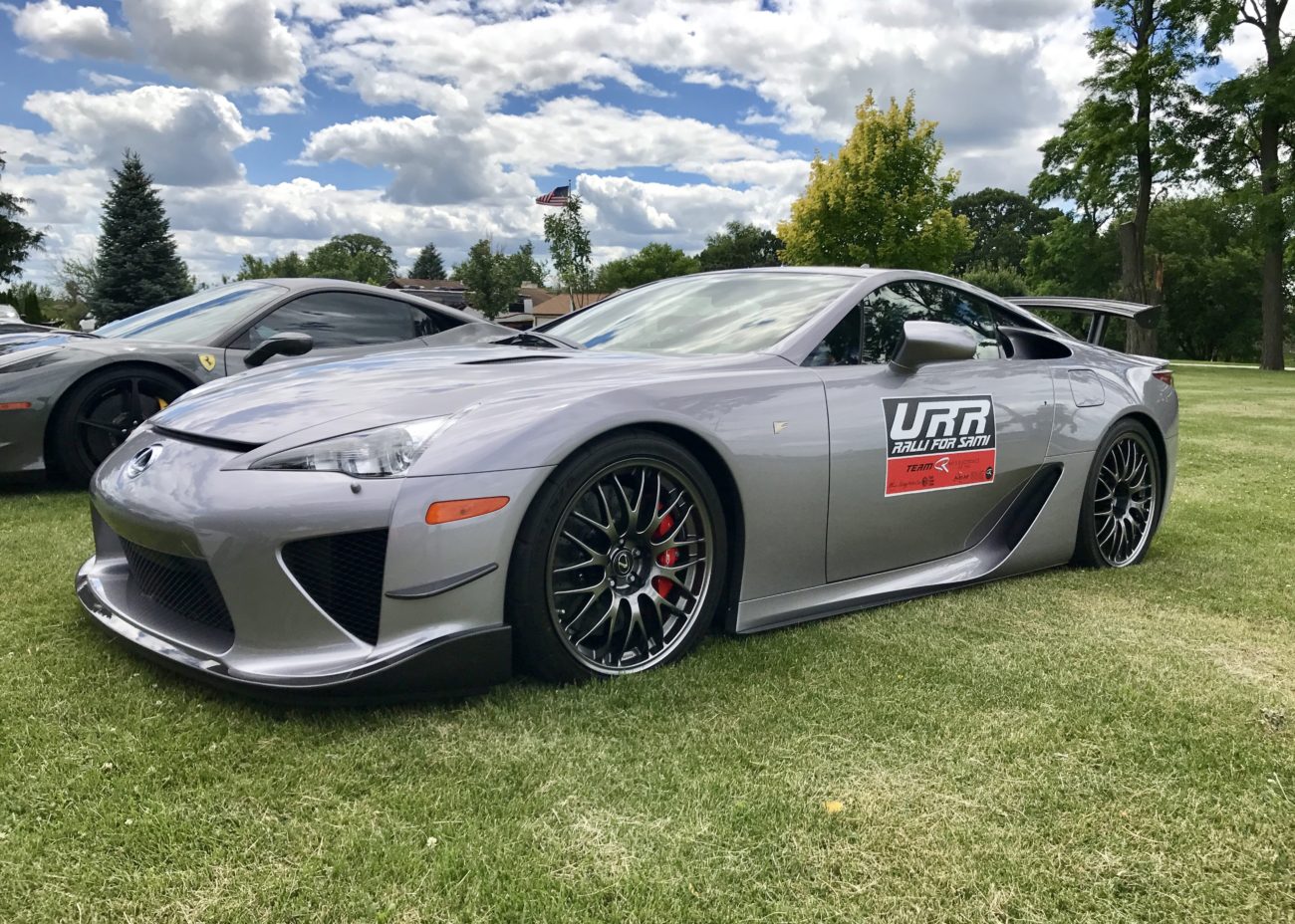 From there, URR headed North to a rock climbing challenge at Lifetime Fitness in Algonquin IL. The route included a stint on I-39 where the very light Sunday traffic gave an opportunity for the URR teams to open things up a bit. Then onto the backroads near DeKalb making for a great afternoon to enjoy the cars. 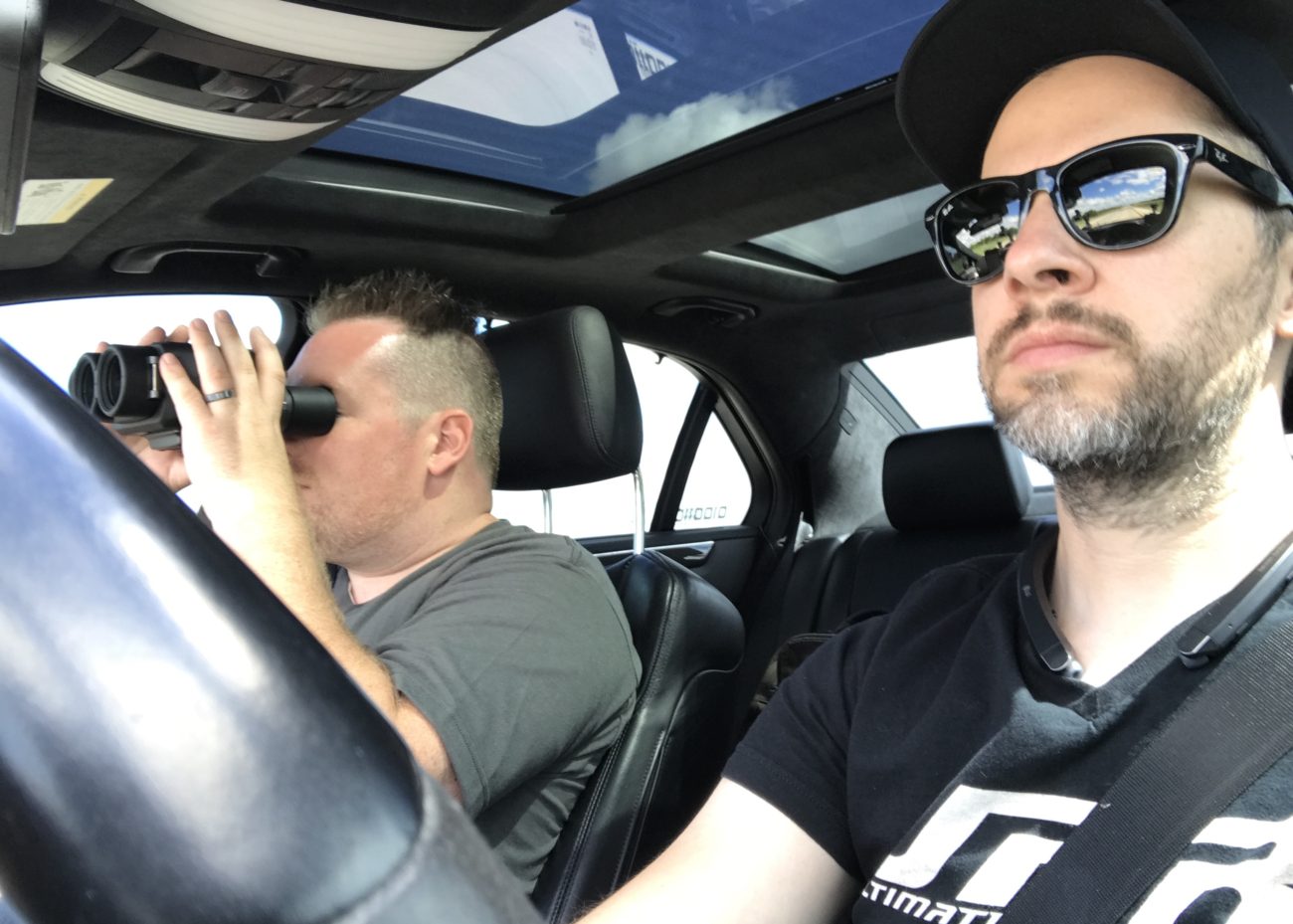 When the teams arrived at Lifetime they were treated to a VIP parking area. Each team picked their best climbing candidates to see who could scale the wall the fastest. While the rest of the team waited, there were bonus points to be had at the adjacent basketball court for successful 3 point shots. 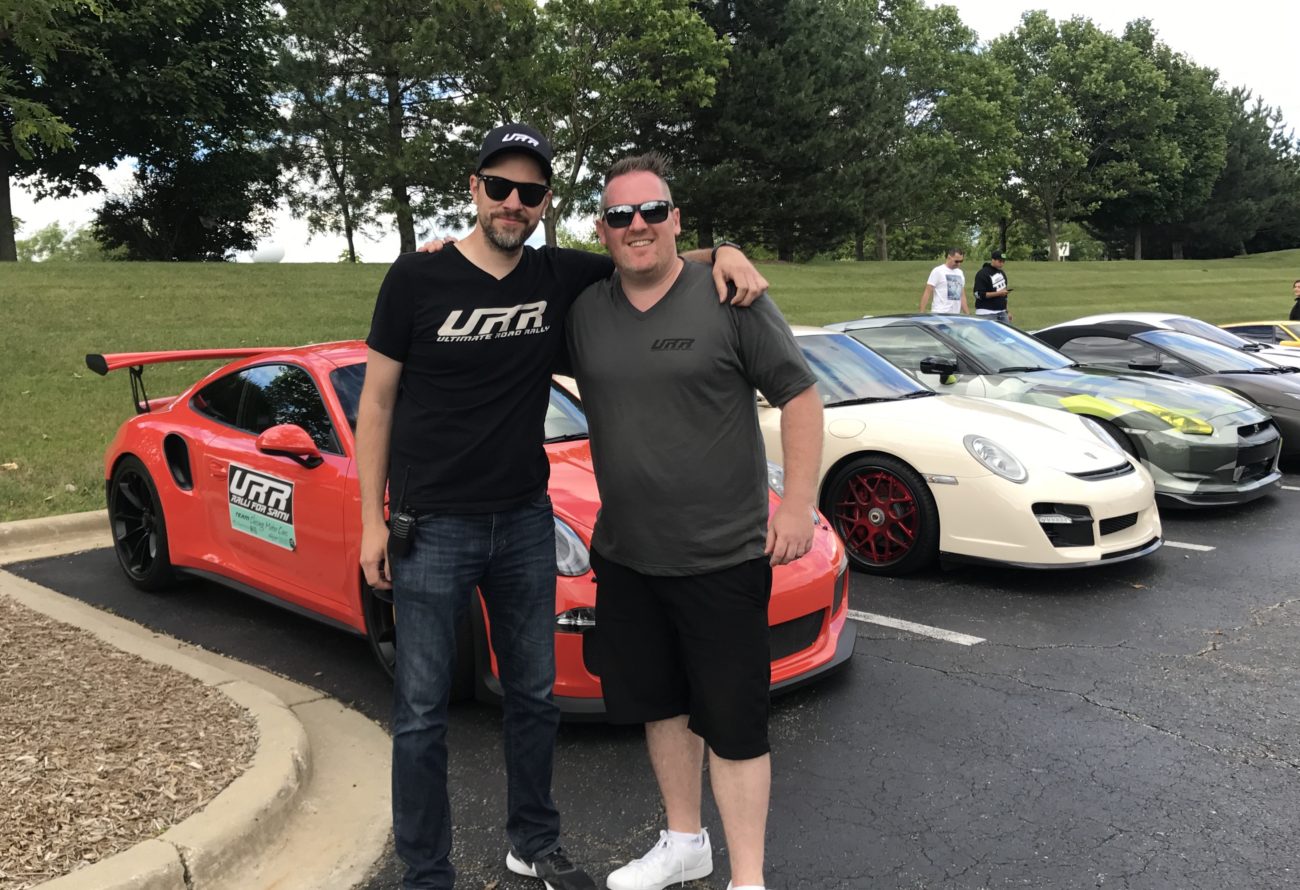 The URR teams then headed to Woodfield Mall for the final mission at Level 257 . A bowling challenge, dinner and some retro video games awaited the teams to cap off the evening along with a sectioned off parking area with security so the participants could enjoy the festivities without worrying about their prized possessions sitting outside.

After dinner was served and the challenges were complete, Omar and the URR staff tallied up the points for the day. Team Ray’s Electronics came out on top by a small margin for the overall win. Each member of the team received their own trophy commemorating the win. 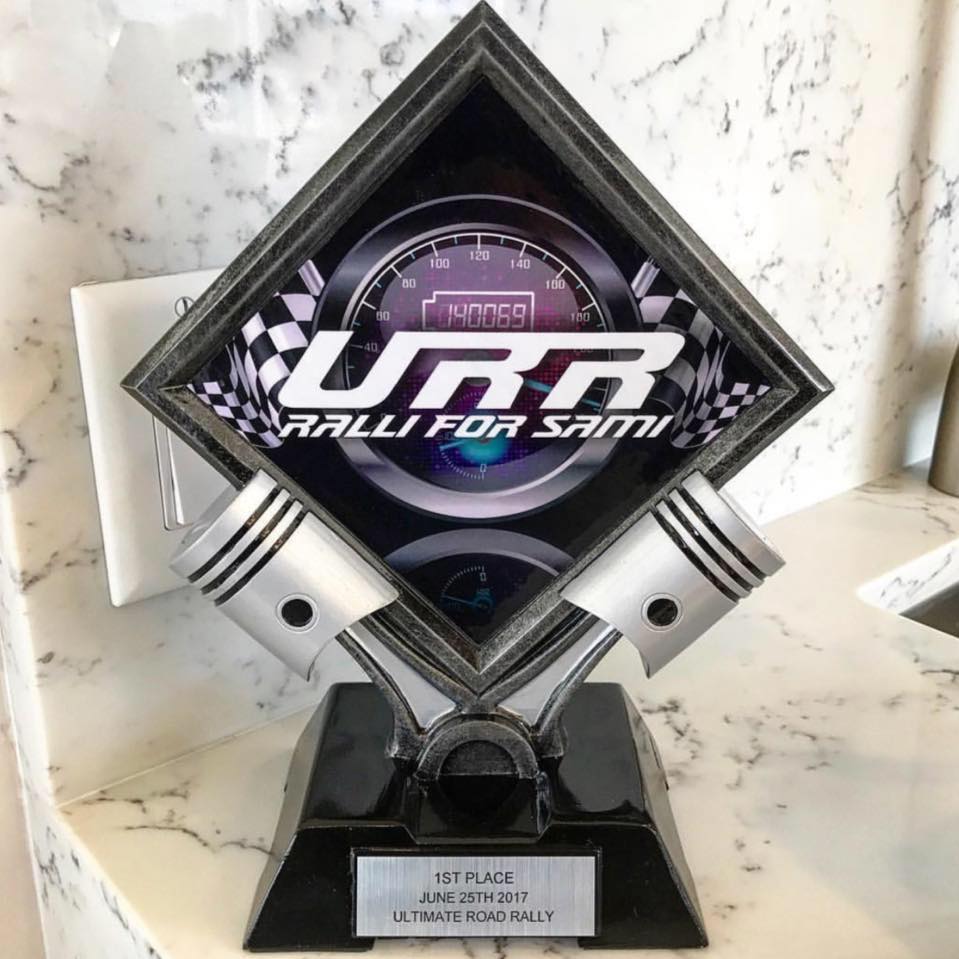 The URR Ralli for Sami trophy

After it was over, Omar had time to reflect on days activities. “The participants don’t see behind the scenes – the phone calls, the meetings. Everything that makes an event possible take multiple people. From the friend who gives advice, to the friend that helps put stickers on cars, check people in, guides cars in, hands out goodie bags, rushes to the next stop. There are so many people that are a part of URR. I couldn’t do it without them. It’s also the people who attend that make URR what it is”

A big thanks goes out to Robert and Joey of Kyro Creative Media. They did an amazing job capturing the days activities as usual. 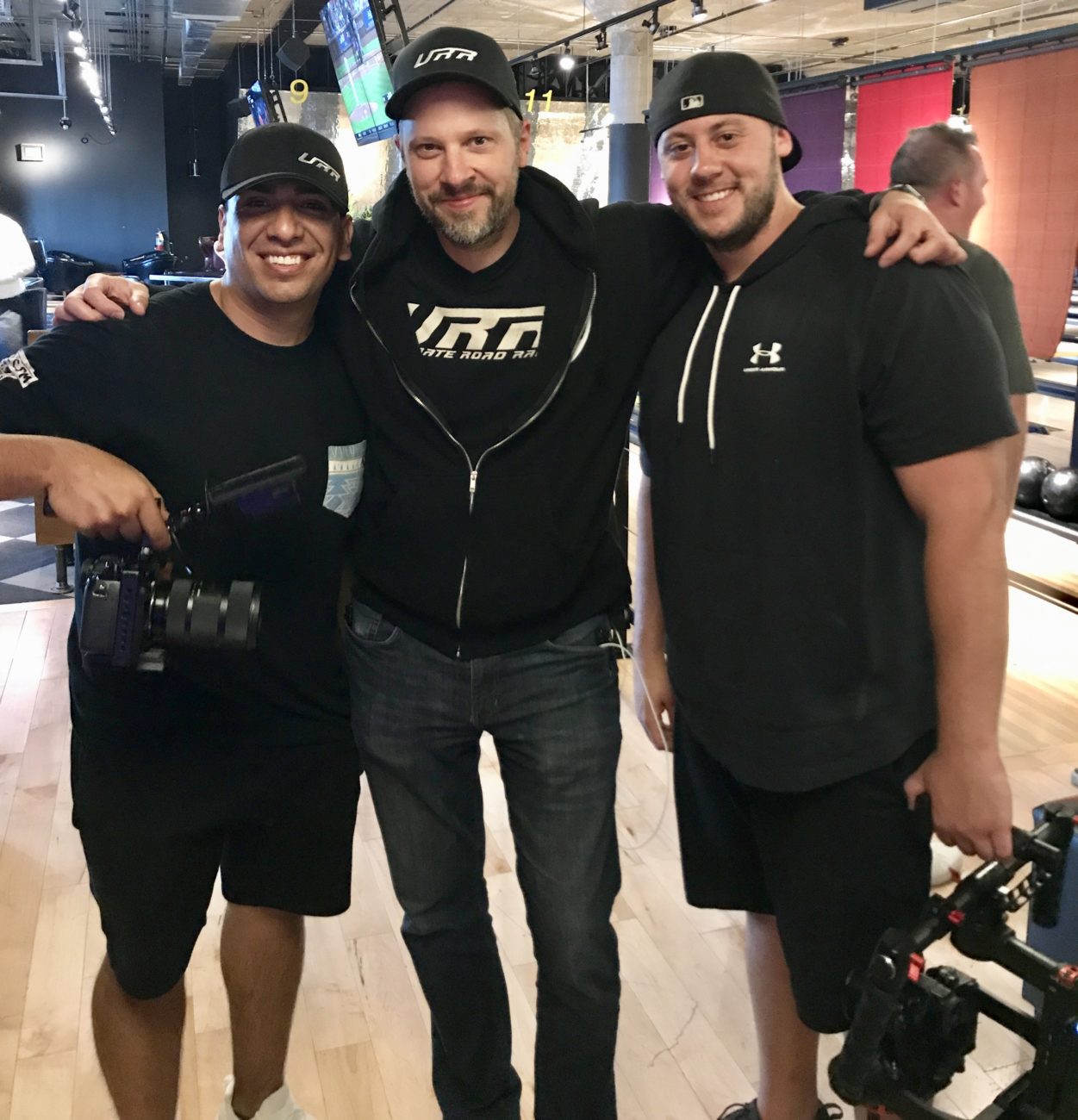 With the Kyro Creative Video Team

All in all it was a great day and everything went off without a hitch. I look forward to participating in the big Fall Ultimate Road Rally coming up of Sunday October 15th!

The Ultimate Road Rally is made possible by the following sponsors: 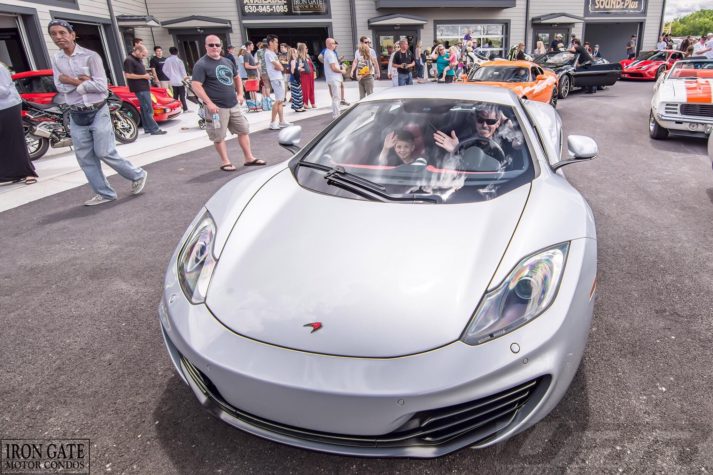 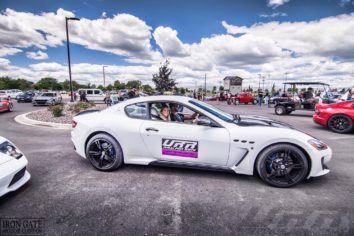 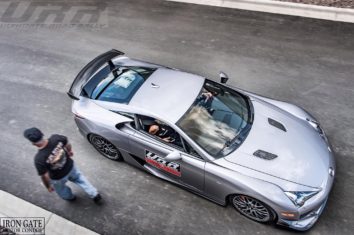 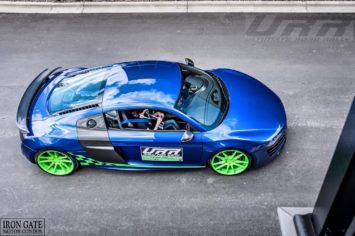 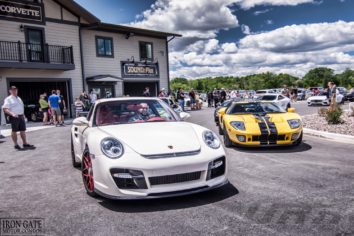 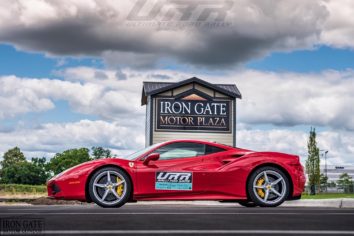 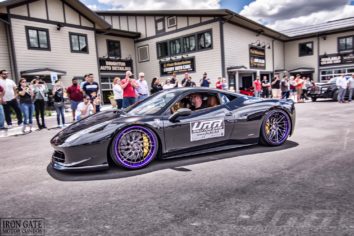 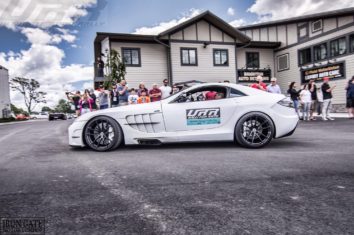 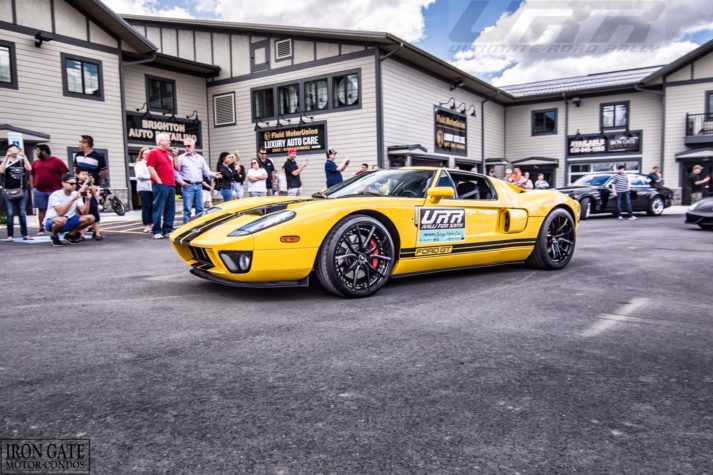 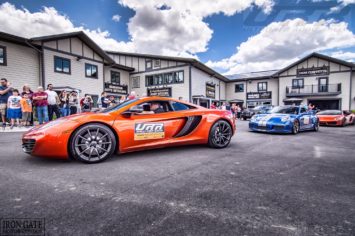 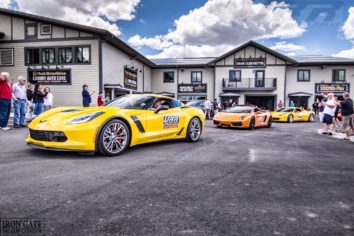 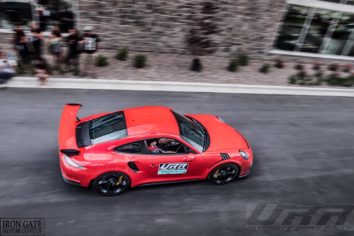 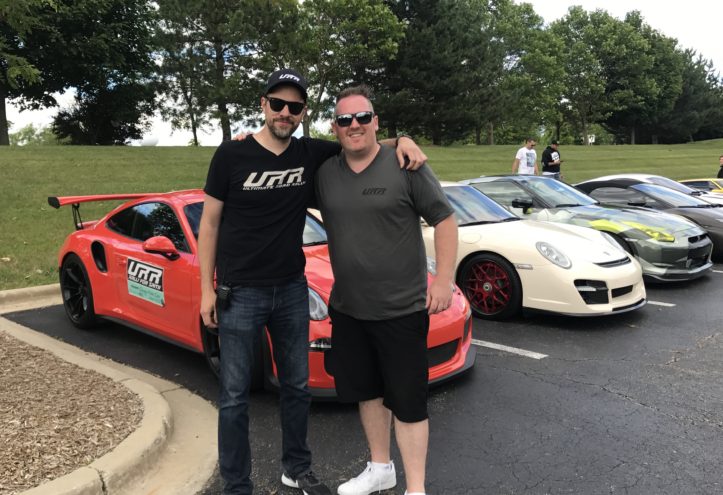 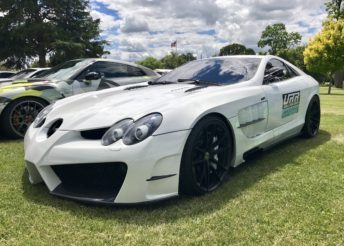 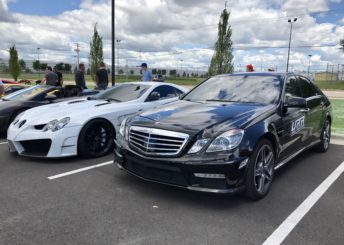