In November of 2019 Arne, Doug and Berkeley set the Cannonball Record of 27 hours and 25 minutes in “Angry Ursula” the 800HP ALPHA 9 Mercedes-Benz E63 AMG now the Audi S6 is the Current Cannonball Run Record Holder. While that record was predicted to stand for quite a long time, the Coronavirus and ensuing nationwide lockdown created an opportunity for Cannonballers like never before in history. With a traffic reduction of 50-70%, and many police departments electing not to make traffic stops, an unknown team quite easily beat the record in early April 2020 with a time of 26 hours and 38 minutes with very little preparation. To add insult to injury, within 24 hours of the record being broken, the infamous and heavily-prepped Mercedes E63 was unceremoniously destroyed by a drowsy trucker while it was parked on the side of the highway. Over the course of the quarantine, 27:25 would be bested a total of five times……(scroll down) 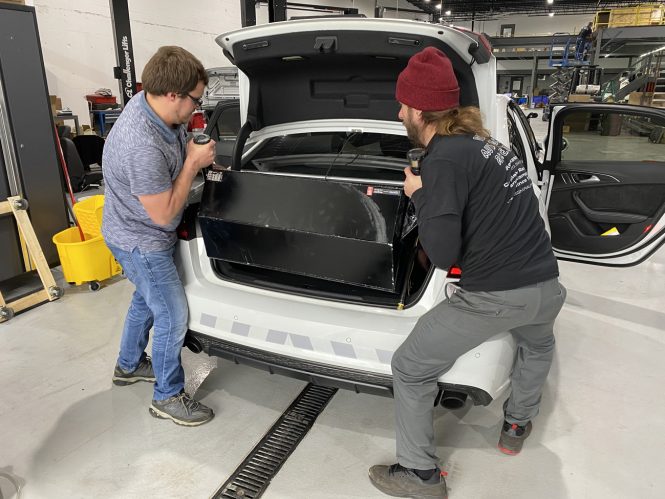 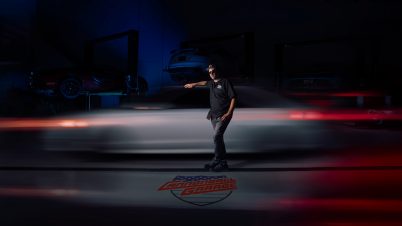 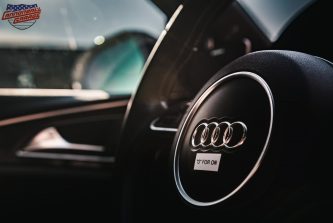 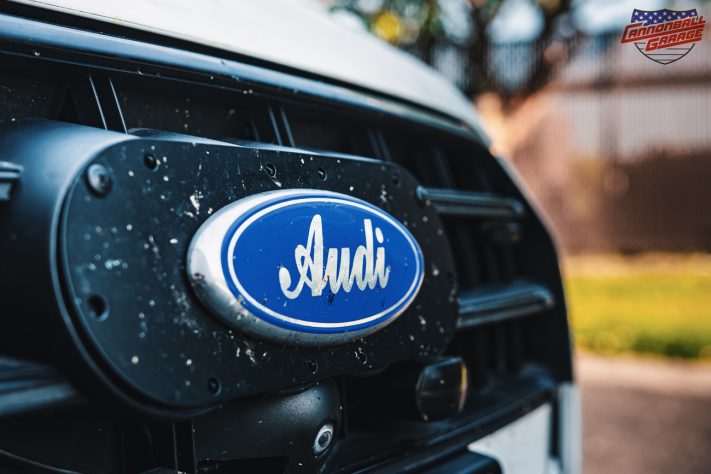 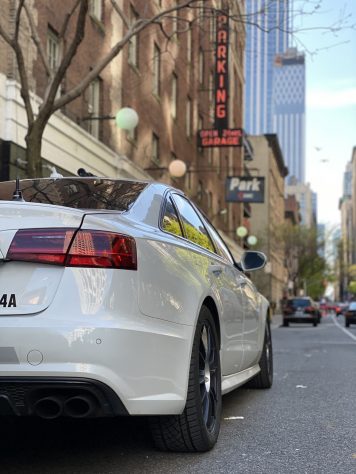 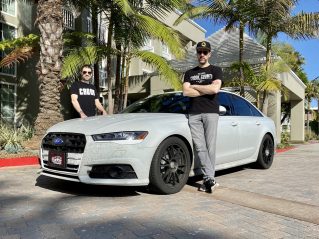 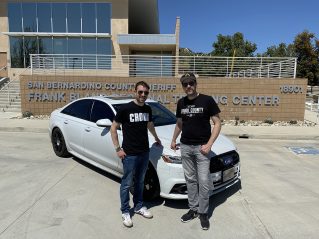 Down but not out, Arne and Doug put their heads together, and within a few weeks Arne had procured this 2016 Audi S6 with the requisite performance modifications. Arne and his team at Cannonball Garage, working around the clock, installed a fuel cell, necessary police countermeasures and disguised the car like a Ford Taurus Police Interceptor in just a few days.

While the timing was no longer ideal given the uptick in traffic and police enforcement, in May of 2020 Arne and Doug, along with spotter Dunadel Daryoush, departed the Red Ball Garage once again. 2816 miles and just 25 hours and 39 minutes later they pulled into the Portofino parking lot in Redondo Beach, California, beating all previous records. They made it out of Manhattan in just 4.5 minutes and stopped five times for fuel, with a total stopped time of 31 minutes. Their moving average was 112mph, and overall average including stops was 110mph. Although they were called in to Police once, they had no encounters with law enforcement, thanks to their precision and care in planning and driving, countermeasures, and a network of scouts staggered along their route.  Check out the article on the former Cannonball Run Record Holder Angry Ursula here.