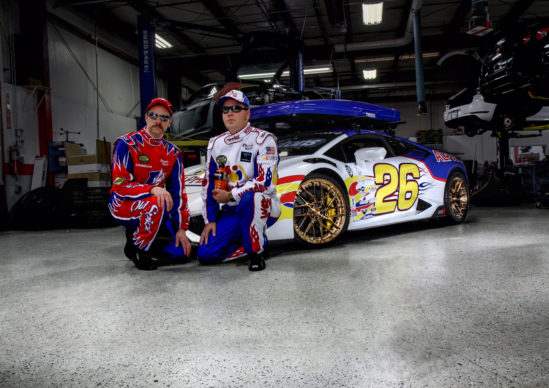 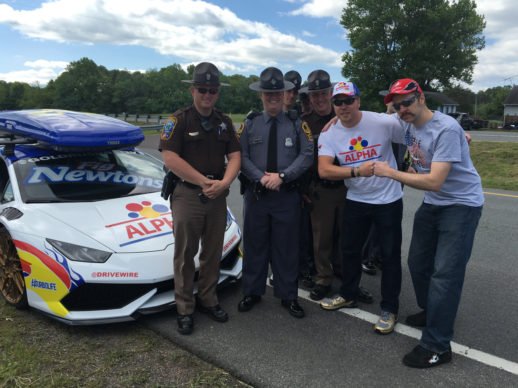 When my friend Jordan M. asked me be his co-driver on the GoldRush Rally how could I say no? He chose me for the trip because he was looking for someone who liked to dress up and be goofy. This is where my antics finally paid off!

The GoldRush Rally is the most exclusive and popular exotic car rally in the United States. Comparable only to something like the Gumball 3000 it is the premier rally of North America. Fans from all over show up at each destination city to see the amazing group of the most exotic supercars in the most elaborate vinyl wraps that are signature to the GoldRush Rally.

The plan was to take Jordan’s freshly complete 1000HP Twin Turbo Alpha powered Lamborghini. We were going back and forth on themes and then Jordan struck gold – A Taladega Nights, Ricky Bobby themed #26 Huracan.

It was both genius and perfect. He looked a bit like Ricky Bobby, I looked a lot like Cal Naughton Jr. We set out to knock the socks off the GoldRush family at the 2016 event. Complete with race suits and even Dennit Racing polo shirts we blew their minds and had the most epic journey across the United States in the car logging 3000 miles with a Fig Newtons sticker plastered on the windshield. The sticker was dangerous and inconvenient (not really, it was perforated) but we do love Fig Newtons!

From the flight out to the end of the rally we pretty much remained in character and ended up winning the “Best Representation of the GoldRush Rally” award. The car performed flawlessly as we tackled a drag race at Charlotte Speedway, an 11 mile rip through Deals Gap on the Tail of the Dragon , a trip up Pikes Peak to 14,000 ft. above sea level and a track day at the Las Vegas Motor Speedway.

It was one of the best experiences of my life and one I won’t soon forget. The participants of the GoldRush Rally aren’t like a family, they ARE a family. Never have I met so many great people in such a short amount of time!