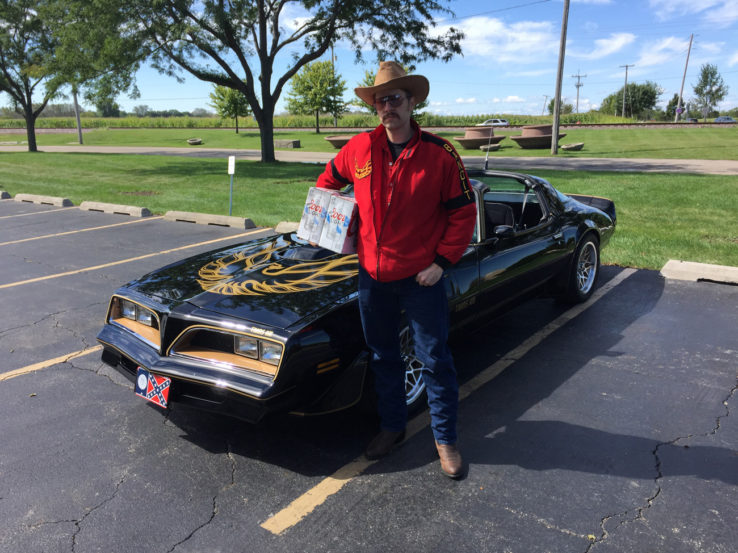 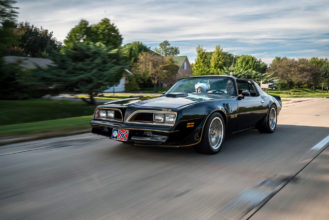 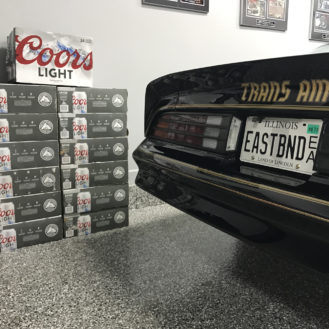 One of the cars on my bucket list has always been a Smokey and The Bandit Trans Am. When a friend showed me a Restomod Green 1974 Trans Am for sale built by Classic Conversions, a division of Speed Inc. in Schaumburg, I said thank goodness it’s not a Bandit because I would have to buy it. That’s when he told me that they had just acquired a real Y84 1978  Trans Am with T-tops and were planning a build. I bet you know where this is going…

I contacted my friend and owner of Speed Inc., Tom Izzo to discuss doing a build. I told him what I wanted and he took it from there. I told him it had to be built in total secrecy though as I wanted to surprise the AMS staff at our annual employee Redneck Fest held every summer.

This Smokey and The Bandit replica features a heads & cam GM LS3 engine mated to a T-56 transmission. It is outwardly stock other than the 17″ Year One replica wheels and being lowered approximately 1.5″. While other Bandit replicas have featured updated headlights, modified graphics & insane highout engines, I was looking for something more closer to what The Bandit was back in the late 70’s.

The engine is painted Pontiac blue and is fitted with a carb style intake manifold with a throttle body mounted in place of a carburetor. It also features a functional shaker air intake. At car shows most people don’t even realize its not the factory 6.6L Pontiac engine. The car came out so nice I am scared to even drive it!

One of my favorite parts of the car is the 300 watt stereo in the grill that plays on the outside of the car. I have so much fun in my cowboy hat and Bandit jacket blasting “Eastbound and Down” everywhere I go!