Mr. T and the A-Team Van 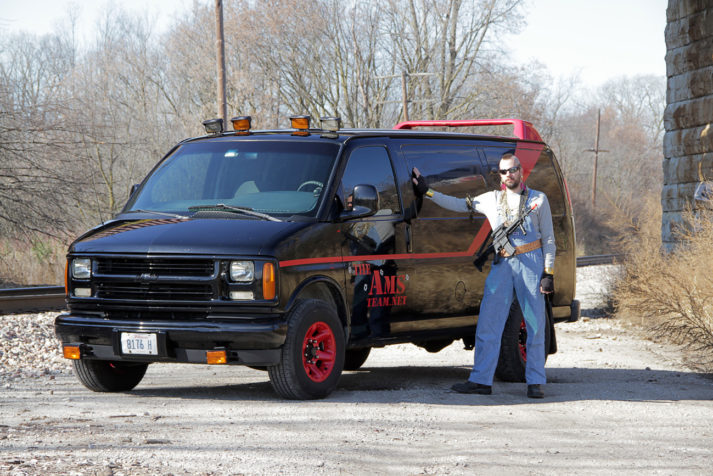 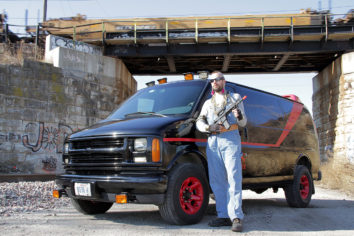 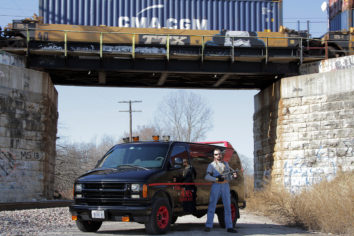 This is the vehicle that started all of my antics. My first theme vehicle and costume was the A-Team Van and dressing like Mr. T. The AMS employees knew I was having the shop van painted black and was going to put a red stripe on the side like the A-Team but had no idea the extent I was going to go or that I’d be shaving my head into a real mohawk and dressing like Mr. T.

My friend Pedro from Chitown Tunes completed all of the electrical modifications including a 4 speaker stereo on the outside of the Van to play the theme from The A-Team and all of the KC fog lights.

When I rounded the corner with The A-Team theme blaring and hopped out in full Mr. T garb during the company meeting the guys couldn’t believe it. It was only made better when we realized the local sandwich shop Rammy’s had made a mistake on our order and I went to collect the missing sandwiches in character!

This started a 10 year run with the “AMS-Team” Van that became the calling card of AMS Performance. Finally after reaching over 400k on the odometer and rotting away due to harsh Chicago winters we retired the AMS-Team Van from service.